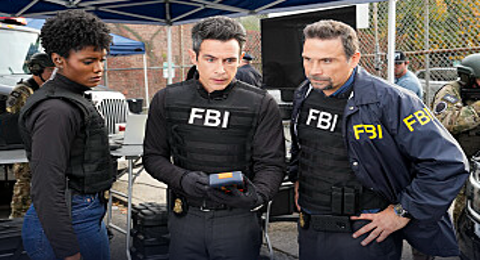 Hey, CBS, “FBI” fans. We hope you guys totally dug what episode 10 brought to the table tonight, especially since it got delayed for quite a while. Now that episode 10 was finally allowed to debut, we are back in your faces to give you the spoiler lowdown for the next, new episode 11 of FBI’s current season 5, which is due out next Tuesday night, January 10, 2023.

We were able to collect a new, official teaser description for one of episode 11’s main storylines via CBS’ official episode 11 press release. So, we’re going to dig into it right now. Let’s go.

To start, we’ve got an official title for this new episode 11 of FBI season 5. The writers decided to name it, “Heroes.” It sounds like episode 11 will feature some very intense, dramatic, action-filled, interesting, scandalous and suspenseful scenes.

In the new episode 11, the abduction of a JOC analyst will be the main focus of this storyline that CBS chose to reveal. Yep, it turns out that some more super scandalous activity will take place in this episode as some vicious criminals will end up kidnapping a JOC analyst named Kelly Moran at some point! In response, we’re going to see the FBI quickly hop on this case to take care of business.

CBS’ official description for episode 11 reads like this, “The team jumps into action when JOC analyst Kelly Moran is taken hostage on the CBS Original series FBI.”

Episode 11 was written by Joe Webb, and it was directed by Rick Eid & Joe Halpin.

CBS’ press release confirmed that the next, new episode 11 of FBI’s current season 5 is indeed scheduled to hit the air next Tuesday night, January 10, 2023 at approximately 7 pm central standard time. It will also be available to stream live and on demand on Paramount+.

Alright, guys. That is a wrap for this latest, “FBI” TV show, spoiler report, but definitely stay tuned for more.