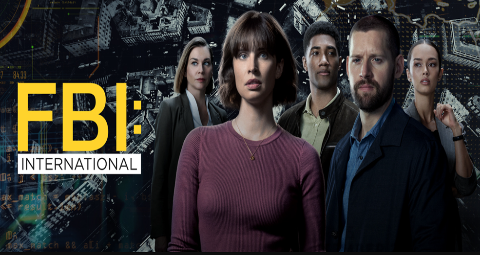 Hey, “FBI: International” fans. Unfortunately, we have some bad news we have to dump on you in this report. It turns out that your favorite show FBI: International is in delay mode. So, CBS is not going to air the next, new episode 11 of FBI: International’s current season 2 tonight, January 17, 2023.

However, we do have some good news. Tonight’s delay is just for this week. CBS has revealed through their episode 11 press release that they do plan to air it next Tuesday night, January 24, 2023 in its usual, 8 pm central standard time slot. So, certainly be sure to not forget that very important date and time.

We did track down what CBS is airing instead of a new FBI: International episode tonight. According to the TV guide listings, CBS has a rerun episode of FBI: International lined up. They’re going to be re-airing the very first, premiere episode 1 of this season 2 titled, “Unburdened.”

CBS’ official description for this episode 1 of FBI: International season 2 reads like this, “The team and new Europol liaison Megan “Smitty” Garretson investigate when an American police detective is murdered.”

Spoiler Warning: If any of you guys like reading spoiler scoops, we were able to track down some spoilery info for the next, new episode 11 of FBI: International’s current season 11 via CBS’ official episode 11 press release synopsis.

It revealed that his new episode 11 has officially been titled, “Someone She Knew.” CBS’ official description for episode 11 reads like this, “The Fly Team races to find a kidnapped American teen in Austria as the clock ticks on Forrester’s reassignment on the CBS Original series FBI: INTERNATIONAL.”

Again, CBS confirmed that the next, new episode 11 of FBI: International’s current season 2 is scheduled to finally show up next Tuesday night, January 24, 2023 at approximately 8 pm central standard time.

Alright, guys. That is going to be a wrap for this latest, “FBI: International” TV show report, but definitely stay tuned for more.