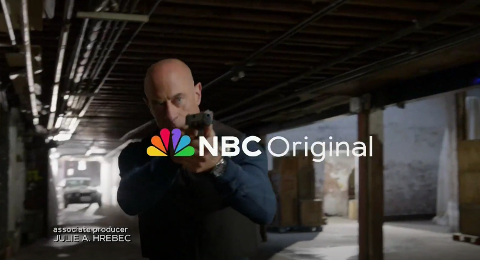 Hey, “Law & Order: Organized Crime” fans. We hope you guys totally had a blast watching episode 9. Now that episode 9 is well in the past, we are back at you with some new, spoilery intel for the next, new episode 10 of Law & Order: OC’s current season 3, which is due to finally get here on Thursday night, January 5, 2023.

We were able to dig up a couple of new, official teaser descriptions for this new episode 10 straight from NBC’s official episode 10 press release. So, we’re going to certainly unwrap those and take a look at them for this spoiler session. Let’s go.

First off, NBC’s press release let us know that this brand new episode 10 Of Law & Order: OC’s current season 3 is officially named/titled, “TRAP.” It sounds like episode 10 will feature some more very scandalous, intense, dramatic, interesting, action-filled and possible suspenseful scenes as a dangerous gang is on the scene. An undercover operation doesn’t quite go right. Ayanna Bell has a new, significant experience and more.

We’ll go ahead and start off this spoiler session with the dangerous gang situation. Yep, it turns out that more scandalous trouble will be quite prominent in this episode as a very dangerous gang will make their presence known in New York by causing some attention-getting trouble. In fact, their actions will prompt an informant to beg Stabler and company for help, and they will try to hunt this gang down.

NBC’s official description for this dangerous gang plotline tells us, “When an informant comes to Stabler desperate for help, the task force sets their sights on a dangerous gang making their mark on New York.”

The second spoiler scoop reveals that we’re going to see Detective Jamie Whelan in action at some point in this episode. During his scenes, he will be in the midst of trying to pull off an undercover operation. However, it definitely sounds like things are not going to go the way he thought because he will realize he has tried to bite off more than he can chew with this one.

NBC’s description for this Jamie undercover situation reads like this, “Jamie goes undercover, but soon realizes he may be in over his head.”

The 3rd and last teaser scoop for this new episode 10 lets us know that Sergeant Ayanna Bell is going to get some more spotlight at some point. When we see her, she will have a special situation going on as she will be in the midst of meeting her new boss.

NBC’s description for this latest, Ayanna Bell storyline reads like this, “Bell meets her new boss.”

Alright, guys. That’s all the info we could dig up for this latest, “Law & Order: Organized Crime” TV show, spoiler report, but definitely stay tuned for more.