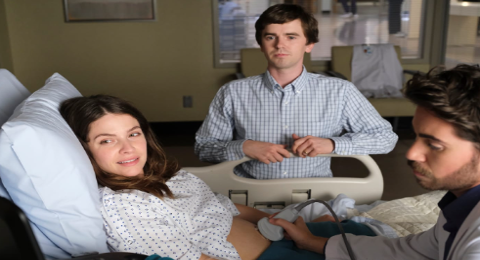 Hey, “The Good Doctor” fans. We hope that the last episode 9 was a joy for you guys to watch, Now that episode 9 is way, way in the past, it’s time for us to jump on here and tell you what to expect from the next, new episode 10 of The Good Doctor’s current season 6, which is finally due to hit the air tonight, January 23, 2023.

We were able to collect a couple of new, official teaser descriptions for this new episode 10 straight from ABC’s official episode 10 press release synopsis. So, we’re going to certainly reveal it to you in this spoiler session. Let’s get into it.

First thing’s first. ABC let us know that the official title for this new episode 10 of The Good Doctor’s current season 6 is called, “Quiet and Loud.” It sounds like episode 10 will feature some very interesting, intense, dramatic, emotional and possible suspenseful scenes as some bad pregnancy news gets revealed. A teen with Garner’s syndrome runs into another big issue and more.

We’ll go ahead and start off this spoiler session with the bad pregnancy news situation. Yep, it turns out that Shaun and Lea won’t be doing so well in this episode. The reason is because they’re going to get some disturbing news, which reveals that there might be some extra complications with their surprise pregnancy.

ABC’s official description for this bad pregnancy news plotline reads like this, “Shaun and Lea soon learn that their surprise pregnancy may also come with additional complications.”

The second and last spoiler teaser for this new episode 10 lets us know that a male teen who has Gardner’s syndrome will show up at the hospital at some point. He will end up getting treated by doctors: Alex Park, Morgan Reznick and Jordan Allen. During their treatment, it will be revealed that this patient’s past surgeries will cause problems for his current one.

Episode 10 was written by Jessica Grasl and Nathalie Touboul, and it was directed by James Genn. ABC’s press release confirmed that the next, new episode 10 of The Good Doctor’s current season 6 is indeed scheduled to finally hit the air tonight, January 23, 2023 at approximately 9 pm central standard time.

Alright, guys. That is going to be a wrap for this latest,”The Good Doctor” TV show, spoiler report, but definitely stay tuned for more.