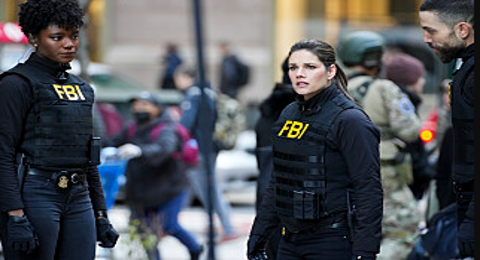 Hey, “FBI” fans. We hope episode 11 delivered lots of great entertainment for you. Now that it’s well behind us, we are on here to tell you about what the next, new episode 12 of FBI’s current season 5 will offer you when it finally shows up on Tuesday night, January 24, 2023.

We were able to track down an official teaser description for one of episode 12’s main storylines via CBS’ official episode 12 press release synopsis. So, let’s go ahead and dive straight into it right now.

First off, there is an official title for this new episode 12 of FBI’s current season 5. It’s called, “Breakdown.” It sounds like episode 12 will feature some very scandalous, intense, dramatic, interesting, action-filled, suspenseful and emotional scenes.

In the new episode 12, the deployment and damage of a strange bioweapon will be the main focus of this storyline that CBS chose to unleash. Yep, it turns out that things will get real scandalous in this episode as a mystery bioweapon will show up on the scene and end up causing the death of two MTA workers, and another one will be seriously injured.

In response, the FBI crew will race against the clock to try and track down the culprit and their next target. Also, the high pressure of this case will weigh heavy on Jubal’s mind when it happens at roughly the same time as a new health scare with Tyler.

CBS’ official description for episode 12 reads like this, “After a mysterious bioweapon leaves two MTA workers dead and one injured, the team rushes to determine who is behind the attack and the location of their next target. Also, Jubal’s past demons begin to surface when the high-pressure case coincides with Tyler’s latest health scare on the CBS Original series FBI.”

An alternate description tells us, “THE TEAM JUMPS INTO ACTION TO DETERMINE WHO’S BEHIND A MYSTERIOUS BIOWEAPON THAT LEFT TWO MTA WORKERS DEAD.”

Episode 12 was written by Alexander Maggio, and it was directed by Alex Chapple. CBS’ press release confirmed that the next, new episode 12 of FBI’s current season 5 is indeed scheduled to finally arrive on Tuesday night, January 24, 2023 at approximately 7 pm central standard time. It will also be available to stream live and on demand on Paramount+.

Alright, guys. That’s going to be a wrap for this latest,”FBI” TV show, spoiler report, but definitely stay tuned for more.