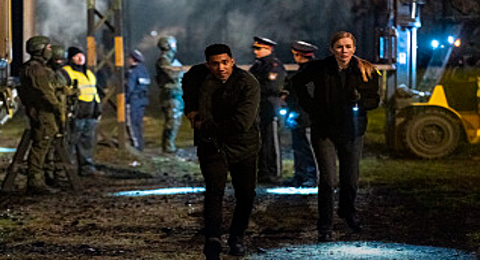 Hey, “FBI: International” fans. We hope you all totally enjoyed episode 10. Now that episode 10 is well past wrapped up, we are back at you to deliver some new spoiler scoops for the next, new episode 11 of FBI: International’s current season 2, which is currently scheduled to finally show up on Tuesday night, January 24, 2023.

We were able to get our hands on an official teaser description for this new episode 11 via CBS’ official episode 11 press release. So, we’re going to give it a read and tell you what’s up with it. Let’s go.

First thing’s first. CBS’ press release revealed that the official title for this new episode 11 of FBI: International’s current season 2 is called, “Someone She Knew.” It sounds like episode 11 will feature some more very intense, dramatic, action-filled, scandalous, interesting and suspenseful scenes.

In the new episode 11, the kidnapping of an American teen will be the main focus for this storyline that CBS chose to let go. Yep, it turns out that a very serious scandal will go down in this episode because an American teen will get abducted at some point in Austria! This crime will prompt the FLY Team into action, and they will rush to try and hunt down the kidnapper. Also, the clock will be ticking for Agent Scott Forrester’s reassignment.

CBS’ official description for episode 11 reads like this, “The Fly Team races to find a kidnapped American teen in Austria as the clock ticks on Forrester’s reassignment on the CBS Original series FBI: INTERNATIONAL.”

Episode 11 was written by Roxanne Paredes, and it was directed by Jonathan Brown. CBS’ press release confirmed that the next, new episode 11 of FBI: International’s current season 2 is indeed scheduled to finally hit the air on Tuesday night, January 24, 2023 at approximately 8 pm central standard time. It will also be available to stream live and on demand on Paramount+.

Alright, guys. That’s going to be it for this latest, “FBI: International” TV show, spoiler report, but definitely stay tuned for more.