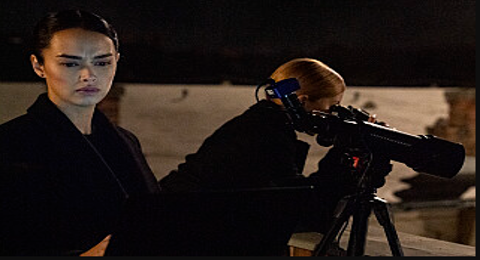 Hey, “FBI: International” fans. We hope you guys dug what episode 8 brought to the table. Now that episode 8 is well behind us, we are back in action to take a look at what will be taking place in the next, new episode 9 of FBI International’s current season 2 when it arrives on Tuesday night, January 3, 2023.

We were able to dig up a couple of new, official teaser descriptions for this new episode 9,thanks to CBS and their official episode 9 press release. So,we’re going to pull it up ,right now, and tell you what’s up.

For starters, this new episode 9 does have an official title/label. It’s called, “Wheelman.” It sounds like episode 9 will serve up some more action-filled, intense, dramatic, scandalous, interesting, suspenseful and emotional scenes as a major art heist takes place. Scott Forrester gets really ticked off and more.

We’ll go ahead and start off this spoiler session with the major art heist situation. Yep, it turns out that we’re going to see some more scandalous activities in this episode. Apparently, a certain American will be trying to pull off an art heist of major proportions. So, we’re going to see the Fly Team race against the clock to try and stop this criminal over in Budapest.

CBS’ official description for this major art heist scandal reads like this, “The Fly Team races through the streets of Budapest to put a halt to a major art heist about to be perpetrated by an American.”

The second and last teaser description for this new episode 9 lets us know that Scott Forrester will be in action at some point, and he will be very angry. Apparently, Ken Dandridge will be annoying the ever-living heck out of Scott by constantly watching every move the team makes.

CBS’ description for this Scott Forrester and Ken Dandrige situation reads like this, “Forrester grows angry as Dandridge watches every move the team makes.”

Episode 9 was written by Derek Haas, and it was directed by John Behring.

CBS’ press release confirmed that the next, new episode 9 of FBI: International’s current season 2 is scheduled to finally get here on Tuesday night, January 3, 2023 at approximately 8 pm central standard time. It will also be available to stream live and on demand on Paramount+.

Alright, guys. That is a wrap for this latest, “FBI: International” TV show, spoiler report, but definitely stay tuned for more.