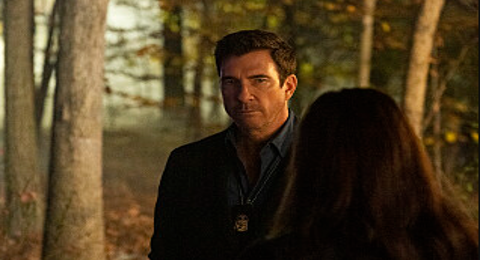 Hey, “FBI: Most Wanted” fans. We hope you guys totally enjoyed episode 8. Now The episode 8 is very much in the past, we are back in your faces to talk about what the next, new episode 9 of FBI: Most Wanted’s current season 4 will be serving up when it finally hits the air on Tuesday night, January 3, 2022.

We were able to collect a couple of new, official teaser scoops for this new episode 9 via CBS’ official episode 9 press release. So, we’re going to see what it has to say right now. Let’s do it.

First thing’s first. CBS revealed that this new episode 9 is officially labeled/named, “Processed.” It sounds like episode 9 will feature some very scandalous, intense, dramatic, action-filled, interesting, suspenseful and emotional scenes as a psychiatrist gets abducted. Kristin deals with some deep issues and more.

We’ll go ahead and start off this spoiler session with the kidnapped psychiatrist situation. Yep, it turns out that another very intense scandal will take place in this new episode 9 because a certain celebrity child psychiatrist will end up getting snatched up and abducted by the relative of one of the psychiatrist’s past clients! In response, we’re going to see the FBI: Most Wanted crew race against the clock in an effort to hunt down the culprit.

CBS’ official description for this kidnapping plotline tells us, “When a celebrity child psychiatrist specializing in generational trauma is kidnapped by the relative of a former client, the team races to track down the perpetrator and learns what really happened to the psychiatrist’s client.”

An alternate description reads like this, “THE TEAM RACES TO TRACK DOWN A CELEBRITY CHILD PSYCHIATRIST KIDNAPPED BY THE RELATIVE OF A FORMER CLIENT.”

The second and last teaser spoiler for this new episode 9 lets us know that Special Agent Kristin Gaines will take the spotlight at some point. During her scenes, we will see her put in some energy towards dealing with some deep-rooted drama that she has afflicted with.

CBS’ description for this Kritin Gaines situation reads like this, “Kristin confronts her own deep-rooted trauma.”

Episode 9 will feature one recurring star. That one person is: Oriana Bustamante as character (Ingrid Vargas).

Episode 9 was written by Melissa Scrivner Love, and it was directed by Ken Girotti.

CBS’ press release confirmed that the next, new episode 9 of FBI: Most Wanted’s current season 4 is indeed scheduled to finally show up on Tuesday night, January 3, 2023 at approximately 9 pm central standard time. It will also be available to stream live and on demand on Paramount+.

Alright, guys. That is going to be a wrap for this latest, “FBI: Most Wanted” TV show, spoiler report, but definitely stay tuned for more.