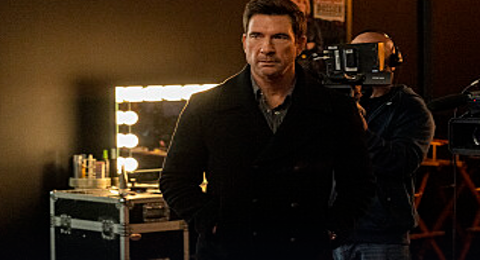 Hey,”FBI: Most Wanted” fans. We hope you guys totally dug what episode 9 delivered tonight, especially since it got delayed the last couple of weeks. Now that episode 9 finally showed up, we are back in action to deliver up some new, spoilery intel for the next, new episode 10 of FBI: Most Wanted’s current season 4. It’s currently due out next Tuesday night, January 10, 2023.

We were able to get a hold of an official teaser description for one of episode 10’s main storylines via the folks over at CBS by way of their official episode 10 press release. So, we’re going to certainly break it down for you right now. Let’s get to it.

First off, CBS revealed that this new episode 10 of FBI: Most Wanted season 4 is officially labeled/titled, “False Flag.” It sounds like episode 10 will feature some very interesting, intense, dramatic and possible scandalous scenes.

In the new episode 10, some shocking info about a certain abductor will be the main focus for this storyline that CBS chose to give up. Yep, it turns out that the FBI: Most Wanted team will be working a case that involves someone who abducted a disgraced state police detective. During their investigation, they will find out that this culprit is connected to someone from a recent case, and the FBI team will be shocked by this.

CBS’ official description for episode 10 reads like this, “The team is thrown for a loop when they discover that the abductor of a disgraced state police detective is connected to someone from a recent case on the CBS Original series FBI: MOST WANTED.”

Episode 10 was written by Zach Cannon, and it was directed by Cory Bowles.

CBS’ press release confirmed that the next, new episode 10 of FBI most Wanted’s current season 4 is indeed scheduled to make its arrival next Tuesday night, January 10, 2023 at approximately 9 pm central standard time. It will also be available to stream live and on demand on Paramount+.

Alright, guys. That’s all the info we have for this latest, “FBI: Most Wanted” TV show, spoiler report, but definitely stay tuned for more.