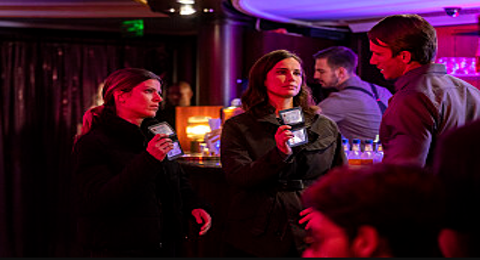 Hey, “FBI: International” fans. We hope you guys totally enjoyed the heck out of episode 9, especially since it got delayed for quite a bit of time. Now that episode 9 finally arrived on your TV sets, we are right back on here to tell you what will be going on in the next, new episode 10 of FBI: International’s current season 2 when it gets here next Tuesday night, January 10, 2023.

We were able to dig up a new, official teaser description for one of episode 10’s main storylines via CBS’ official episode 10 synopsis. So, we’re going to definitely read it off to you right now.

First thing’s first. CBS gave us an official title for this brand new episode 10 of FBI: International season 2. It’s called, “BHITW.” It sounds like episode 10 will serve up some very intense, dramatic, suspenseful and interesting scenes.

In the new episode 10, the cardiac arrest of a basketball player will be the main focus for this storyline that CBS gave up. Yep, it turns out that some poor, American basketball player who is playing for a Lithuanian team will have probably the worst moment of he or she’s life as he or she will end up going into cardiac arrest at some point! This tragedy will prompt the FBI: International crew to jump on this case and investigate it. Also, new agent Zoey McKenna will join them.

CBS’ official description for episode 10 tells us, “When an American basketball player for a Lithuanian team goes into cardiac arrest, the Fly Team investigates along with Zoey McKenna (Kelley Missal), the new agent appointed by Dandridge on the CBS Original series FBI: INTERNATIONAL.”

An alternate description reads like this, “THE FLY TEAM INVESTIGATES WHEN AN AMERICAN BASKETBALL PLAYER FOR A LITHUANIAN TEAM GOES INTO CARDIAC ARREST.”

Episode 10 was written by Matt Olmstead, and it was directed by Alex Zakrzewski.

CBS’ press release confirmed that the next, new episode 10 of FBI: International’s current season 2 is indeed scheduled to make its way to the air next Tuesday night, January 10, 2023 at approximately 8 pm central standard time. It will also be available to stream live and on demand on Paramount+*.

Alright, guys. That is going to do it for this latest, “FBI: International” TV show , spoiler report, but definitely stay tuned for more.