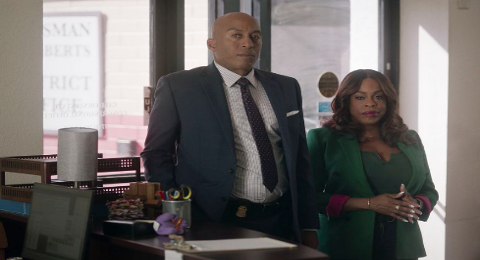 Hey, “The Rookie: FEDS” fans. We hope you guys totally enjoyed episode 10. Now that episode 10 is way, way behind us, we are on here to tell you what will be going on in the next, new episode 11 of The Rookie: FEDS’ current, premiere season 1, which is due out tonight,January 10, 2023.

We were able to dig up some new, official teaser descriptions for this new episode 11 via ABC’s official episode 11 press release synopsis. So, we’re going to definitely take a look it and tell you what’s up.

First off, ABC revealed that this new episode 11 of The Rookie: FEDS’ season 1 is officially labeled/titled, “Close Contact.” It sounds like episode 11 will feature some very scandalous, intense, dramatic, interesting, action-filled, suspenseful and emotional scenes as an assassination attempt goes down. A romantic relationship gets rekindled while another relationship pushes forward to a new level and more.

We’ll go ahead and start off this spoiler session with the assassination attempt situation. Yep, it turns out that some more very scandalous activity will go on in this episode when a bomber tries to pull off an assassination! In response, Congressman will employ Garza’s team to provide protective detail. Also, Brendon and Laura will start the process of trying to hunt down the attempted assassination culprit or culprits.

The second spoiler scoop reveals that Damien and Simone will have a re-connection of sorts in this episode when they end up reigniting their romantic feelings for each other.

The 3rd and last teaser scoop for this new episode 11 lets us know that Brendon will get some screentime at some point. During his moments, he will be seen pushing his relationship with Antoinette to a whole new level.

ABC’s description for this Brendon and Antoinette scenario reads like this, “Brendon advances his relationship with Antoinette.”

Alright, guys. That’s all we’ve got for this latest, “The Rookie: FEDS” TV show, spoiler report, but definitely stay tuned for more.