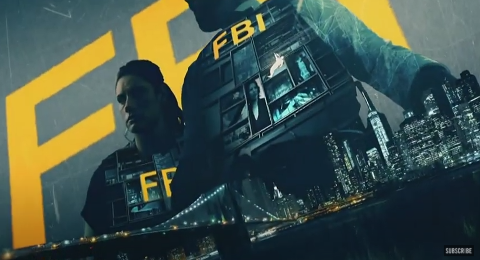 Hey, “FBI” fans. Unfortunately, we have some bad news to serve up in this article. It’s one of those times again where CBS is not going to air the next, new episode 12 of FBI’s current season 5 tonight, January 17, 2023. That’s right, guys. FBI will be MIA (Missing In Action).

On a more brighter note, we can tell you that this particular delay is just for tonight. CBS has confirmed that they do plan to air the new episode 12 next Tuesday night, January 24, 2023 in its usual, 7 pm central standard time slot. So, certainly be sure to remember that very important date and time.

We did track down what CBS is going to air instead of the next, new episode 12 of FBI’s current season 5 tonight. According to the TV guide listings, CBS will be serving up a repeat episode of FBI. They’re re-airing the premiere episode 1 of this season 5 titled, “Hero’s Journey.”

CBS’ official description for this repeat episode 1 of FBI season 5 reads like this, “The team pivots when their sting operation to secure a massive bomb from an illegal broker leads them to discover that the device is already in the wrong hands. Jubal’s promise to be present at his son’s birthday party is put to the test.”

If any of you guys are down for watching that particular repeat episode of FBI, you might still want to flip on CBS tonight to check it out. If you will only accept brand new episodes of FBI, you’ll definitely want to make some other plans for tonight as quick you can.

Spoiler Warning: for those of you who are interested, we did dig up some official teaser scoops for the next, new episode 12 of FBI’s current season 5 via CBS’ official episode 5 press release description.

It let us know that this new episode 12 is officially titled, “Breakdown.” CBS’ official description for episode 12 reads like this, “After a mysterious bioweapon leaves two MTA workers dead and one injured, the team rushes to determine who is behind the attack and the location of their next target.

Also, Jubal’s past demons begin to surface when the high-pressure case coincides with Tyler’s latest health scare on the CBS Original series FBI.” An alternate description reads like this, “THE TEAM JUMPS INTO ACTION TO DETERMINE WHO’S BEHIND A MYSTERIOUS BIOWEAPON THAT LEFT TWO MTA WORKERS DEAD.”

Again, CBS confirmed that the next, new episode 12 of FBI’s current season 5 is scheduled to finally hit the air next Monday night, January 24, 2023 at approximately 7 pm central standard time.

Alright, guys. That’s all we’ve got for this latest, “FBI” TV show report, but definitely stay tuned for more.