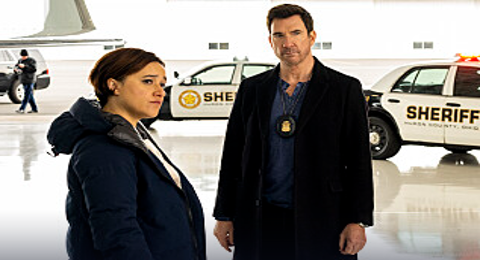 Hey, “FBI: Most Wanted” fans. We hope that episode 10 was very entertaining for you guys. Now that episode 10 is well in the past, it’s time for us to get on here and talk about what is coming up in the next, new episode 11 of FBI: Most Wanted’s current season 4. Currently, it’s due to finally hit your TV sets on Tuesday night, January 24, 2023.

We were able to get a hold of a couple of new, official teaser descriptions for this new episode 11, thanks to CBS and their official episode 11 synopsis. So, we’re going to pull it up ,right now, and see what episode 11 is going to be doing.

To start, we’ve got an official title for this new episode 11 of FBI: Most Wanted’s current season 4. It’s called, “Crypto Wars.” It sounds like episode 11 will feature some very scandalous, intense, action-filled, interesting, suspenseful and possible emotional scenes as some criminals set off an explosion. Remy and his sister deal with some personal stuff and more.

We’ll go ahead and start off this spoiler session with the explosion situation. Yep, it turns out that some heavy scandals will be taking place in this edition as some criminals will set off an explosion at an Ohio energy plant! In response, we’re going to see the FBI: Most Wanted crew try to chase the suspects down. During their chase, the team will be led to a major crypto company that has enemies who are trying to destroy it.

CBS’ official description for this explosion plotline reads like this, “As the team chases after the suspects behind an explosion at an Ohio energy plant, they are led toward a major crypto company with enemies looking to take it down.”

The second and final teaser scoop for this new episode 11 lets us know that Remy and his sister will get some extra screentime at some point as they will be in the midst of bringing a certain chapter of their lives to a conclusion.

Episode 11 will feature one recurring star. That one person is: Rebecca Brooksher as character (Claire Scott).

Episode 11 was written by Christopher Salmanpour, and it was directed by Milena Govich. CBS’ press release confirmed that the next, new episode 11 of FBI: Most Wanted’s current season 4 is indeed scheduled to finally arrive on Tuesday night, January 24, 2023 at approximately 9 pm central standard time. It will also be available to stream live and on demand on Paramount+.

Alright, guys. That is going to do it for this latest, “FBI: Most Wanted” TV show, spoiler report, but definitely stay tuned for more.