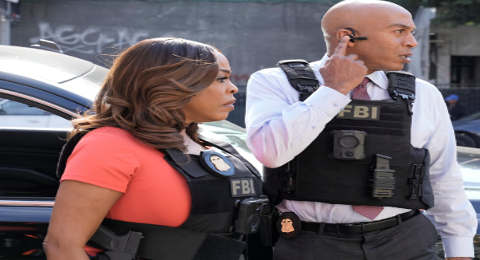 Hey,”The Rookie: Feds” fans. We hope episode 12 was entertaining for you guys. Now that episode 12 is well in the past, we are in your faces to deliver up some new intel for the next, new episode 13 of The Rookie: Fed’s current, premiere season 1. It’s currently scheduled to hit the air tonight, January 24,2023.

We were able to gather up a couple of new, official teaser scoops for this new episode 13 straight from ABC’s official episode 13 press release. So, we’re going to take a look at it right now. Let’s get started.

First off, there is an official title for this new episode 13 of The Rookie: Feds’ current season 1. The writers decided to name it, “The Remora.” It sounds like episode 13 will feature some very interesting, dramatic, intense, possible action-filled and suspenseful scenes as a spontaneous undercover operation takes place. Carter gets some dating advice. A surprise visitor shows up on the scene and more.

We’ll go ahead and start off this spoiler session with the surprise undercover operation. Yep, it turns out that things aren’t going to exactly go as planned for Brendon and Antoinette in this episode as they’ll actually be out on their first date when they get interrupted to the point that they have to pull off a full-blown undercover operation! Despite getting interrupted to such extremes, Brendon and Antoinette will embrace this surprise development and make the most out of it.

The second spoiler scoop reveals that Carter will be trying to expand his dating horizons in this episode, and he’s going to get some help with it from Simone and Laura at some point.

ABC’s description for this Carter, Laura and Simone scenario reads like this, “Simone and Laura help Carter boost his dating game.”

The 3rd and last teaser scoop for this new episode 13 lets us know that a visitor that is very unexpected will show up at some point. This visitor will turn out to be none other than Simone’s daughter, and she won’t be alone. She’s going to have her new boyfriend with her.

ABC’s description for this surprise visitor storyline reads like this, “Simone’s daughter makes a surprise visit with her new boyfriend.”

ABC’s press release confirmed that the next, new episode 13 of The Rookie: Feds’ current, premiere season 1 is indeed scheduled to show up tonight, January 24, 2023 at approximately 8 pm central standard time.

Alright, guys. That is going to be a wrap for this latest, “The Rookie: Feds” TV show, spoiler report, but definitely stay tuned for more.