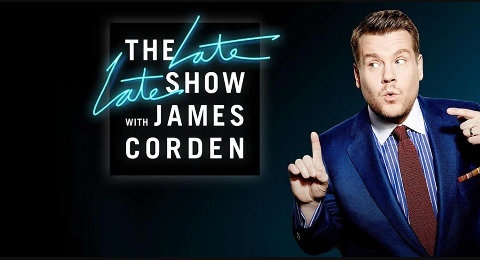 Hey, “Late Late Show With James Corden” fans. Tonight, January 24, 2023, CBS will be serving up another new episode of the Late Late show with host James Corden. So, we’re here to let you guys know who will be showing up in tonight’s edition. It looks like we’re going to get the usual type of guests, which is two actors and a musician. Let’s get into it.

The first description reveals that 64 year old actress Andie MacDowell will show up to talk with James at some point in tonight’s edition. Andy has been involved in many productions throughout her career. Her latest acting gig is portraying a character named Del Landry in a Hallmark TV show titled, “The Way Home.”

A brief description of “The Way Home” reads like this, “Three generations of strong and independent women living together in the small farm town of Port Haven embark on an enlightening and surprising journey none of them could have imagined as they learn how to find their way back to each other.” It just premiered back on January 15, 2023. So, we’re pretty sure we’ll see James and Andie talk about it at some point in tonight’s episode.

The second description reveals that 53 year old actor Billy Porter will show up for a segment. The latest production that Bill has been involved in is doing the voice of character Randall Leibowitz-Jenkins in a Disney Plus’ animated comedy series titled,”The Proud Family: Louder and Prouder.” A Brief description of it reads like this, “Penny Proud spends time with her madcap family and her crew.” We wouldn’t be surprised if Billy possibly talks about his The Proud Family gig in tonight’s episode.

The 3rd and last guest we have on the list for tonight’s new, January 24, 2023 edition is a musician. You guys will get a performance from Canadian singer and songwriter Stacey Ryan. She initially gained a lot of attention through TikTok with her single titled, “Don’t Text Me When You’re Drunk.” Since then, she’s had a song titled, “Fall in Love Alone” hit the top of the Billboard Indonesia Songs chart in 2022. She is currently signed to Island Records.

Alright, guys. That’s going to do it for this latest, “Late Late Show With James Corden” TV show, preview report, but definitely stay tuned for more.