Chicago Med Season 8 January 25, 2023 Episode 13 Delayed. Not Airing For A While Skip to content 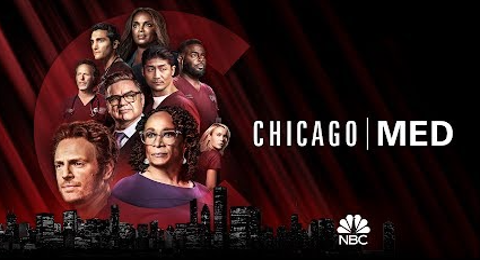 Hey, “Chicago Med” fans. Unfortunately, we have to tell you that it’s happening again. Your favorite NBC medical drama show Chicago Med is currently being delayed again for quite some time. So, NBC is not going to air the next, new episode 13 of Chicago Med’s current season 8 tonight, January 25, 2023. They’re also not going to air it next Wednesday night, February 1, 2023.

Yep, we’re officially hearing from NBC via their episode 13 preview clip that they don’t plan to air the new episode 13 until Wednesday night, February 8, 2023 in its usual, 7 pm central standard time slot. So, certainly be sure to make a heavy mental note of that very important date and time.

We did find out what NBC is airing in place of brand new Chicago Med episodes tonight and next Wednesday night. According to the TV guide listings, they have a pair of repeat episodes of Chicago Med lined up. Tonight, they’re re-airing the 2nd episode of this season 8 titled, “(Caught Between) The Wrecking Ball and the Butterfly.”

CBS’ official description for this repeat episode 2 of Chicago Med season 8 reads like this, “Supply chain disruptions dramatically impact Med, causing Marcel to clash with other doctors; Maggie reveals something to Ben; Choi and Archer help a patient with ALS.”

Next Wednesday night,February 1, 2023, NBC is going to re-air the 3rd episode of this season 8 titled, “Winning the Battle, but Still Losing the War.” NBC’s official description for it reads like this, “Charles and Cuevas clash over the treatment of a paranoid patient. Choi treats a pregnant patient from Asher’s past. Marcel and Taylor help a man who needs a risky neurosurgery.”

Spoiler Warning: We were able to hunt down a little bit of spoilery material for the next, new episode 13 of Chicago Med’s current season 8. NBC released an official title and preview clip for it. The official title for episode 13 is called, “It’s an Ill Wind That Blows Nobody Good.”

Again, NBC confirmed that the next, new episode 1 of Chicago Med’s current season 8 is scheduled to finally hit the air on Wednesday night, February 8, 2023 at approximately 7 pm central standard time.

Alright, guys. That is a wrap for this latest,”Chicago Med” TV show, spoiler report, but definitely stay tuned for more.