The Conners Season 5 January 25, 2023 Episode 13 Delayed. Not Airing For A While Skip to content 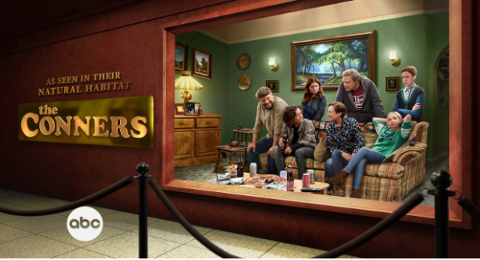 Hey, “The Conners” fans. Unfortunately, we have some super bad news to reveal in this article. It turns out that your favorite ABC comedy The Conners is currently being delayed for two whole weeks. That’s right, guys. That means ABC is not going to air the next, new episode 13 of The Conners’ current season 5 tonight, January 25, 2023 and next Wednesday night, February 1, 2023.

Yeah, it’s being reported that ABC is not going to air the next, new episode 13 until Wednesday night, February 8, 2023 in its usual, 7 pm central standard time slot. So, certainly be sure to remeber that very important date and time.

We did pull up what ABC is airing instead of new The Conners episodes tonight and next Wednesday night. According to the TV guide listings, ABC is going to deliver a repeat episode of The Conners tonight. This repeat episode will be the 7th episode of this season 5 titled, “Take This Job and Shove It Twice.”

ABC’s official description for this repeat episode 7 of The Conners season 5 reads like this, “Darlene receives a promotion at her company, but she quickly learns the fancy title is not all it’s cracked up to be. When Louise loses her job at Casita Bonita, an opportunity arises to work with Jackie at the Lunch Box.”

If any of you guys find that alternate line of programming from ABC to be appealing at all, you might still want to keep ABC on your watchlist tonight and next Wednesday night. If you only want to see brand new episodes of The Conners, you will certainly want to make some other plans at your earliest convenience.

For those of you who are interested, we were able to dig up an official title for the next, new episode 13 of The Conners’ current season 5. It’s called, “New Pipes and Old Secrets.”

The Conners season 5 is currently averaging 3.832 million LIVE viewers per episode, and a 0.53 ratings score for the 18-49 year old demographics. The most recent episode 12, which aired last Wednesday night, January 18, 2023, drew in 4.185 million LIVE viewers, and a 0.52 ratings score. So, it sounds like The Conners still doing pretty well for ABC.

Again, it’s been reported that the next, new episode 13 of The Conners’ current season 5 is scheduled to finally show up on your TV sets on Wednesday night, February 8, 2023 at approximately 7 pm central standard time.

Alright, guys. That’s going to wrap it up for this latest, “The Conners” TV show report, but definitely stay tuned for more.