The Goldbergs Season 10 January 25, 2023 Episode 13 Delayed. Not Airing For A While Skip to content 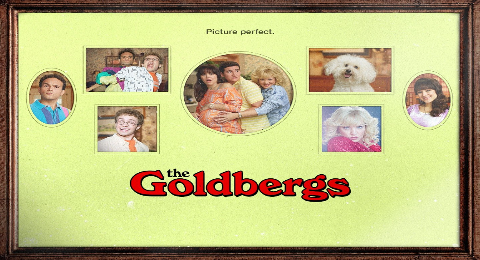 Hey, “The Goldbergs” fans. Unfortunately, you’re not going to like what we have to tell you in this article. Yeah, for some reason, your favorite ABC comedy The Goldbergs is being put on the backburner for a while. That means, ABC is not going to air the next, new episode 13 of The Goldbergs’ current season 10 tonight, January 25, 2023 and for a couple more Wednesday nights to come.

Yeah, it’s being reported that the new episode 13 won’t be hitting the air until Wednesday night, February 15,2023. So, that’s about a 3-week delay. When it finally airs, it will resume in its 7:30 pm central standard time slot. So, certainly be sure to keep that very important date and time held firmly in your memories.

We did take a look at what ABC will air in The Goldbergs’ empty time slot tonight and next Wednesday night. According to the TV guide listings, ABC will still air the Goldbergs tonight. However, it’ll just be a rerun episode. They’re re-airing the 7th episode of this season 10 titled, “Rhinestones and Roses.”

ABC’s official description for this repeat episode 7 of The Goldbergs’ current season 10 reads like this, “The country music craze hits the town, and everyone is line dancing. Adam scores a new job, but his lack of time to spend with Pop-Pop results in some comically disastrous outcomes.”

After the February 1, 2023 date, you guys will have to check your local listings to see what ABC has lined up for Wednesday night, February 8, 2023.

If this alternate line of programming sounds great to any of you guys, you might still want to keep ABC in your plans tonight and next Wednesday night. If you will only settle for brand new episodes of The Goldbergs, you will certainly want to set up some different plans for Wednesday nights until February 15, 2023.

Again, it’s been reported that the next, new episode 13 of The Goldbergs’ current season 10 is scheduled to finally make its way to the air on Wednesday night, February 15, 2023 at approximately 7:30 pm central standard time on ABC.

Alright, guys. That’s going to be it for this latest, “The Goldbergs” TV show report, but definitely stay tuned for more.