Chicago Fire Season 11 January 25, 2023 Episode 13 Delayed. Not Airing For A While Skip to content 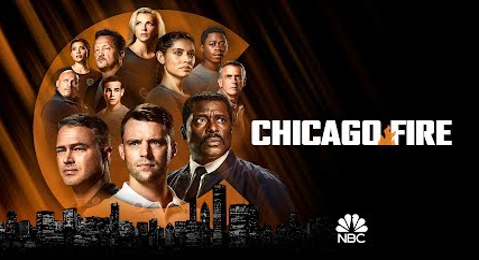 Hey, “Chicago Fire” fans. Unfortunately, we’re on here to break some super bad news to you. It turns out that your favorite NBC drama Chicago Fire is currently being delayed for two weeks. So, NBC isn’t going to air the next, new episode 13 of Chicago Fire’s current season 11 tonight, January 25, 2023 and next Wednesday night, February 1, 2023.

Yes, we’ve gotten official word from NBC via their official episode 13 preview clip that they plan to finally air the new episode 13 on Wednesday night, February 8, 2023 in its usual, 8 pm central standard time slot. So, you guys will certainly want to make sure you don’t forget that very important date and time.

We did get a chance to pull up what NBC has in store to replace Chicago Fire’s empty time slot tonight and next Wednesday night. According to the TV guide listings, NBC is going to just throw up some repeat episodes of Chicago Fire during this delay period. Tonight, they’re re-airing the 3rd episode of this season 11 titled, “Completely Shattered.”

NBC’s official description for this repeat episode 3 of Chicago Fire season 11 reads like this, “Kidd recruits Carver, Capp and Tony to help prepare her new lieutenant’s quarters. Severide and Detective Pryma reluctantly pair up to work a police investigation. Firehouse 51 comes together to fight a movie theater fire.”

Next Wednesday night,February 1, 2023, NBC is going to re-air the 4th episode of this season 11 titled, “The Center of the Universe.” NBC’s official description for it reads like this, “Kidd gets a glimpse into Carver’s chaotic personal life. Mouch and Herrmann receive an unexpected gift.”

Again, NBC confirmed that the next, new episode 13 of Chicago Fire’s current season 11 is scheduled to finally hit the air on Wednesday night, February 8, 2023 at approximately 8 pm central standard time.

Alright, guys. That’s all we’ve got for this latest, “Chicago Fire” TV show report, but definitely stay tuned for more.