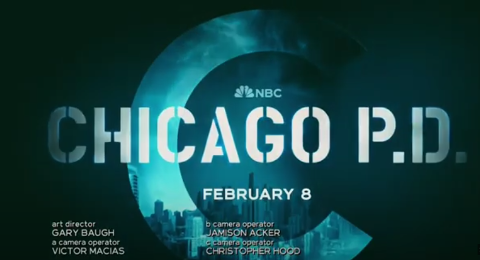 Hey, “Chicago P.D.” fans. Unfortunately, we have some super bad news to pitch out to you in this article. We’ve just learned that your favorite NBC, crime/drama series Chicago PD is in delay mode again. So, the folks over at NBC are not going to air the next, new episode 13 of Chicago PD’s current season 10 tonight, January 25, 2023. The show will also be MIA (Missing In Action) next Wednesday night, February 1, 2023.

We were able to get official confirmation via an official episode 13 preview clip that NBC plans to finally air the new episode 13 on Wednesday night, February 8, 2023 in its usual, 9 pm central standard time slot. So, certainly make sure you write down that very important date and time on your TV show calendars.

We did track down what NBC has lined up for their empty Chicago PD time slot during this 2-week delay period. According to the TV guide listings, NBC is going to fill it with a couple of Chicago PD rerun episodes. Tonight, they’re going to re-air the 3rd episode of this season 10 titled, “A Good Man.”

NBC’s official description for this repeat episode 3 of Chicago PD season 10 reads like this, “The team investigates a string of brutal pharmacy robberies, and Halstead connects with one of the victims about their Army careers. Upton suspects there is more to the story and confides in Voight.”

Next Wednesday night, February 1, 2023, NBC is going to re-air the 4th episode of this season 10 titled,”Dónde Vives.” NBC’s official description for it reads like this, “A shocking murder pulls rookie officer Dante Torres into his own neighborhood. As Voight and Atwater help him navigate the case and manage tricky personal dynamics with wary neighbors, Torres realizes his life may be forever changed.”

Spoiler Warning: For those of you who are interested, we did track down a tiny bit of spoilery info for the next, new episode 13 of Chicago PD’s current season 10. NBC revealed an official title for it, and they dished up a preview clip for it. Episode 13 is titled, “The Ghost In You.’

Again, NBC confirmed that the next, new episode 13 of Chicago PD’s current season 10 is scheduled to finally show up on your TV sets on Wednesday night, February 8, 2023 at approximately 9 pm central standard time.

Alright, guys. That’s going to wrap it up for this latest, “Chicago P.D.” TV show report, but definitely stay tuned for more.