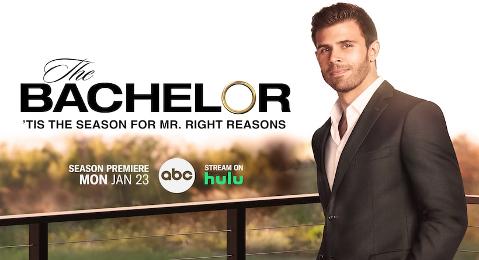 Hey “Bachelor Nation” fans. It’s finally that time of the year again where your favorite reality dating show The Bachelor is returning for its brand new 2023 edition aka season 27 this Monday night, January 23, 2023 with headliner Zach Shallcross. That’s right, guys. The very first episode 1 will be premiering this Monday night. So, we’re on here to let you guys know what you can expect to see play out in it.

We were able to gather up an official teaser description for this new episode 1 from ABC’s official episode 1 press release. We also found some very detailed teasers from our old trusted source RealitySteve.com So, let’s get into it.

The first set of spoilery info we’re going to reveal is straight from ABC’s press release. They’re telling us that 30 women will show to compete for Zach’s love and affection in the very first episode of this new season, and that’s all the intel they were willing to give up.

ABC’s description for this new episode 1 reads like this, “Thirty incredible women are looking for love and are ready to find it with Zach Shallcross in the 27th season of “The Bachelor.” An alternate description tells us, “THIRTY WOMEN ARRIVE READY TO OPEN THEIR HEARTS TO ZACH SHALLCROSS.”

As we previously reported, a woman named Brianna Thorbourne got the first impression rose during the Bachelorette 2022 finale episode. She was picked by the crowd voting and not actually by Zach. So, what we’re hearing from Realitysteve.com is that Zach is going to give out another first impression rose in this premiere episode to a lady named Greer at some point.

Next, RealitySteve tells us that a girl named Madison is going to get sent home before the first rose ceremony eve begins because she kept interrupting Zach too much. However, there’s an alternate version to this story, which claims that Madison decided to eliminate herself because she wasn’t feeling it with Zach. Whatever the case, you guys can expect to see Madison make a very early exit in episode 1.

Finally, at the first rose ceremony, Zach is going to eliminate another 9 girls to go along with Madison! They are: Cara Ammon, Holland Parsons, Lekha Ravi, Olivia Lewis, Olivia Miller, Becca Serrano, Sonia Sharma, Vanessa Dinh, and Viktoria Eichner. We’re hearing that’s the most women to ever get sent home in the first episode. So, it seems like Zach is trying to make quick work of this season.

Alright, guys. That’s all we’ve got for this latest, “The Bachelor” TV show, spoiler report, but definitely stay tuned for more.

Be sure to follow us on our Bachelor Nation Twitter Page for the latest The Bachelor, The Bachelorette and Bachelor In Paradise news by Clicking Here.

Be sure to follow us through our Bachelor Nation RSS Feed for the latest Bachelor, Bachelorette and Bachelor In Paradise by Clicking Here.